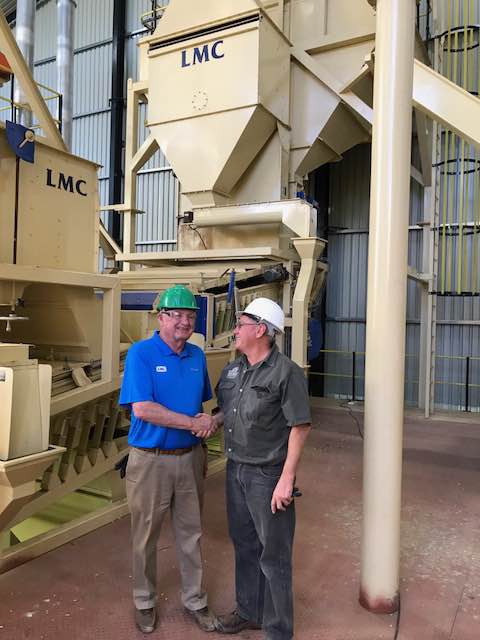 Alfons Visser and me inside Golden’s latest peanut shelling plant in Hartswater. I first met Alfons about 12 years ago and we began both our business and personal relationships. He has since partnered with Golden to expand their operations here in South Africa. Without any doubt, Dirk Lindsey, who worked here as Operations Director for 2 years, was a vital player in getting this project started. Dirk, a native of Stephenville, Texas, is so respected here, the made him an honorary Afrikaaner. Well done Dirk.! You’d be so proud of Dawie and Manie. 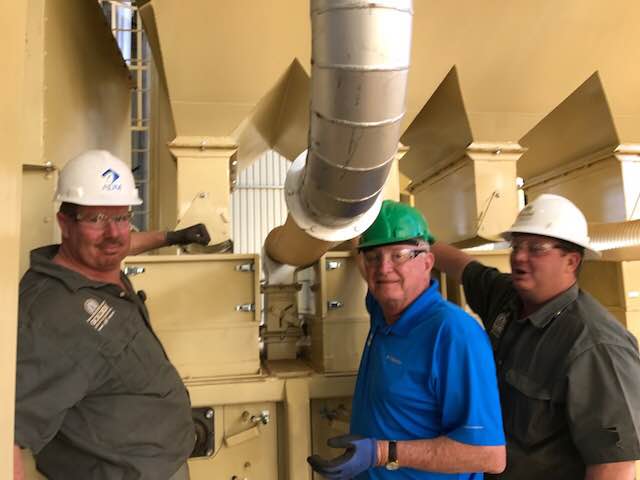 The first peanuts going into a LMC shelling cylinder in Golden Peanut and Tree Nut’s new peanut shelling plant in Hartswater, Northern Cape, Republic of South Africa. The LMC process design has been installed here using some new LMC equipment as well as used LMC from within Golden’s system in the U.S.
All involved, particularly Dawie Snyman, on the left and Manie van der Merwe, have devoted endless hours to take an idea and make it a reality. Jackie Williams and I were in constant contact advising, as well as reviewing the installation ‘s progress. These two built teams.as well a new shelling. So happy for them and those working with them.
While there has been a lot of LMC equipment in South Africa since 1976, This is the first complete LMC design in South Africa and from what we saw today, it will meet and exceed all expectations. Jackie Williams and I were elated to be here and help with an amazingly trouble free start up.
There were a lot of smiles in Hartswater today! Our thanks to all involved. 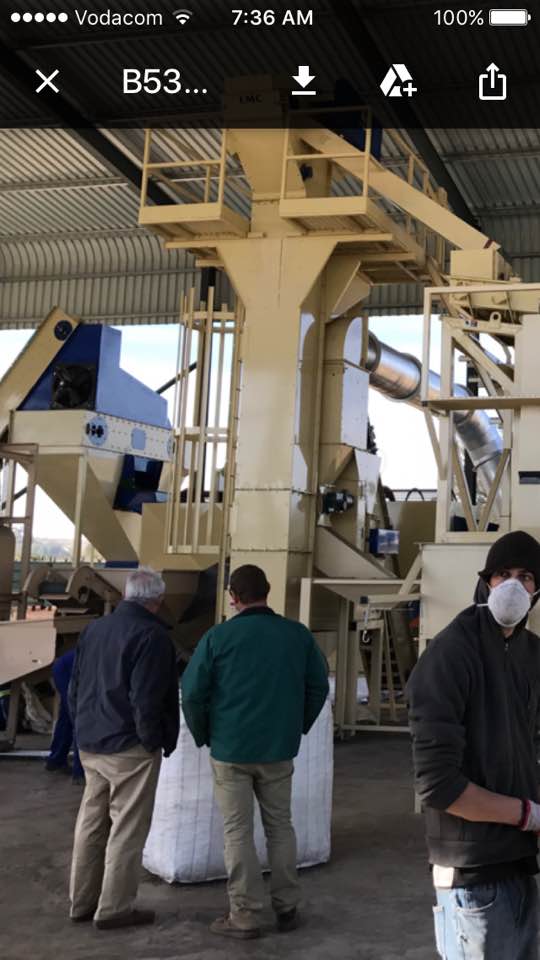 My and Rapie Visser’s best sides as we check out the installation of his latest LMC machines. As always, Rapie did a great job. This is an inshell pecan cleaning and grading facility at Besters in Hartswater, Northern Cape, South Africa. He is receiving, cleaning and grading around 8 tons per hour. Jackie Williams and I visited Bester and 3 more new LMC installations in Hartswater. 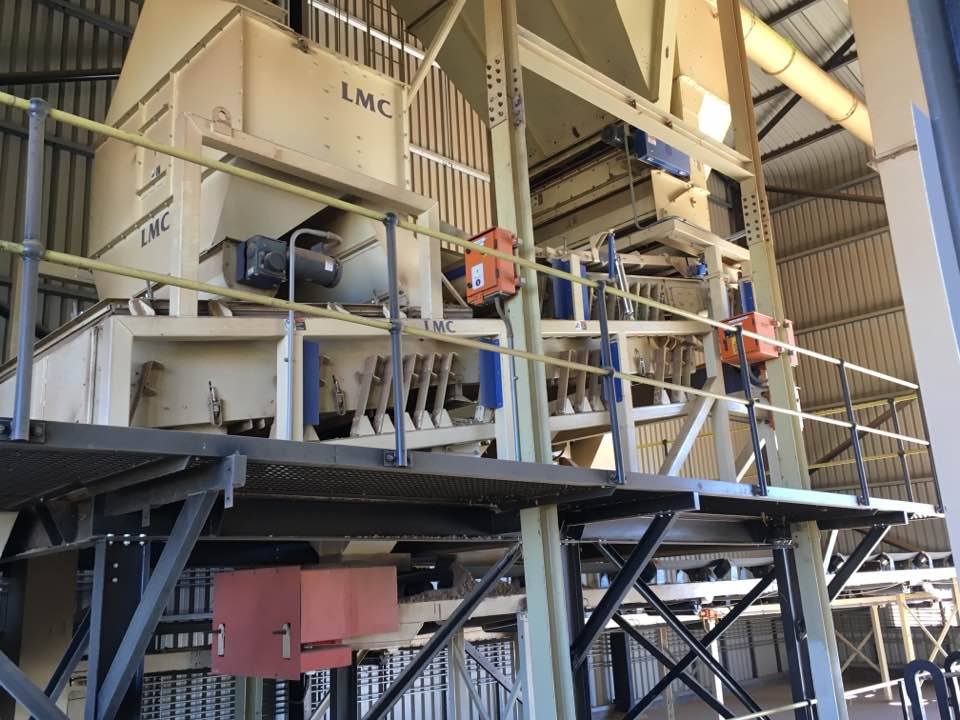 Working for Golden Peanut and Tree Nut around the world. This is a peanut receiving cleaner in Hoopstad, North West Province, South Africa. Whether the U.S., South Africa or Argentina, we certainly appreciate our business with Golden. 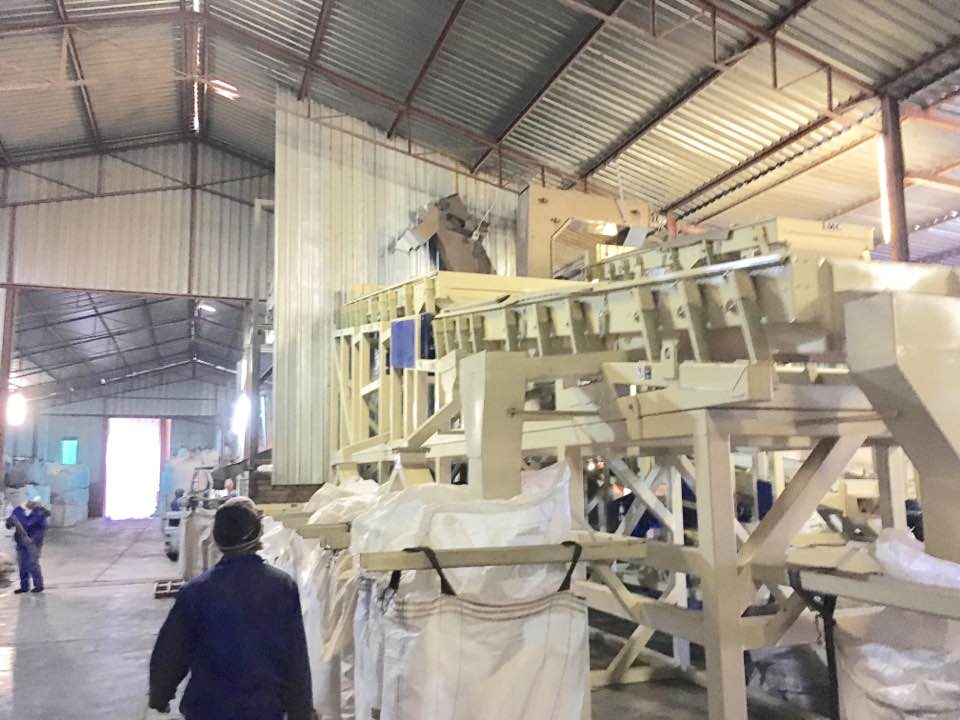 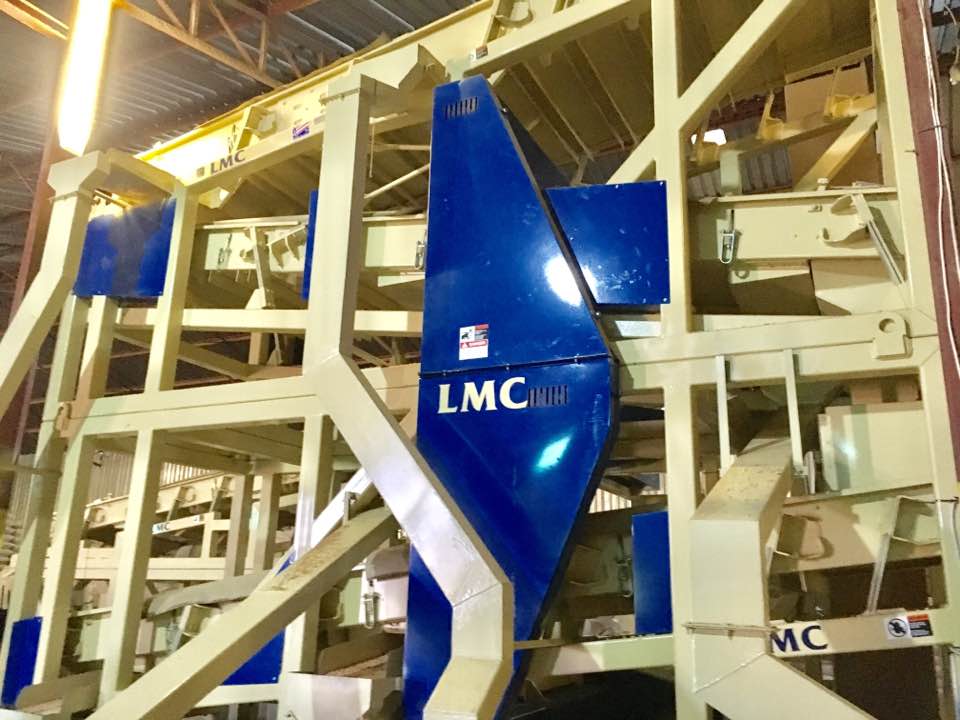 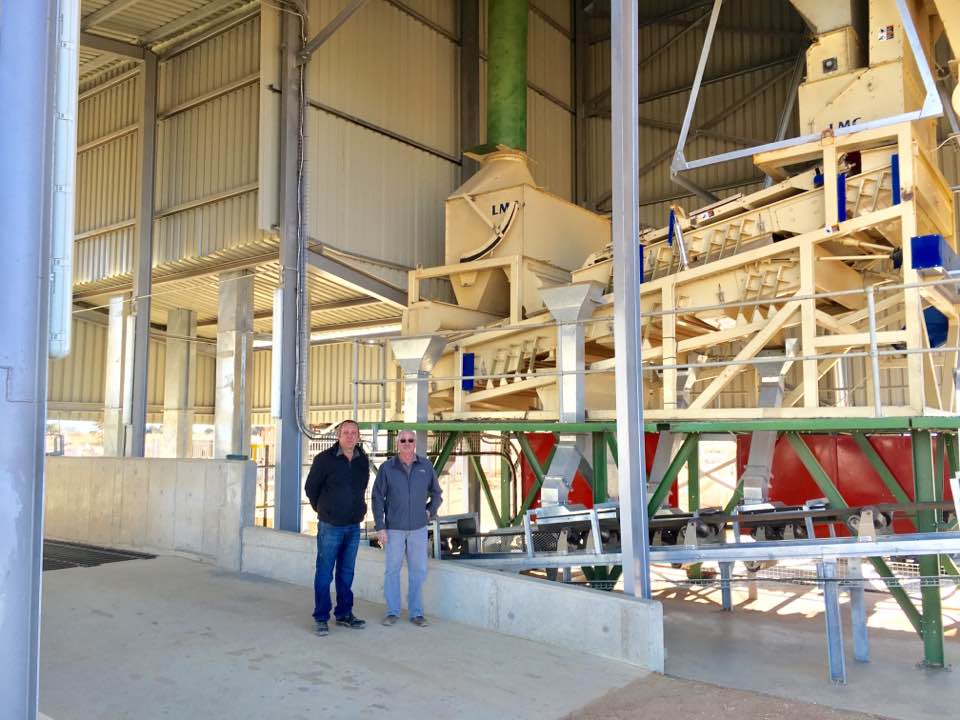